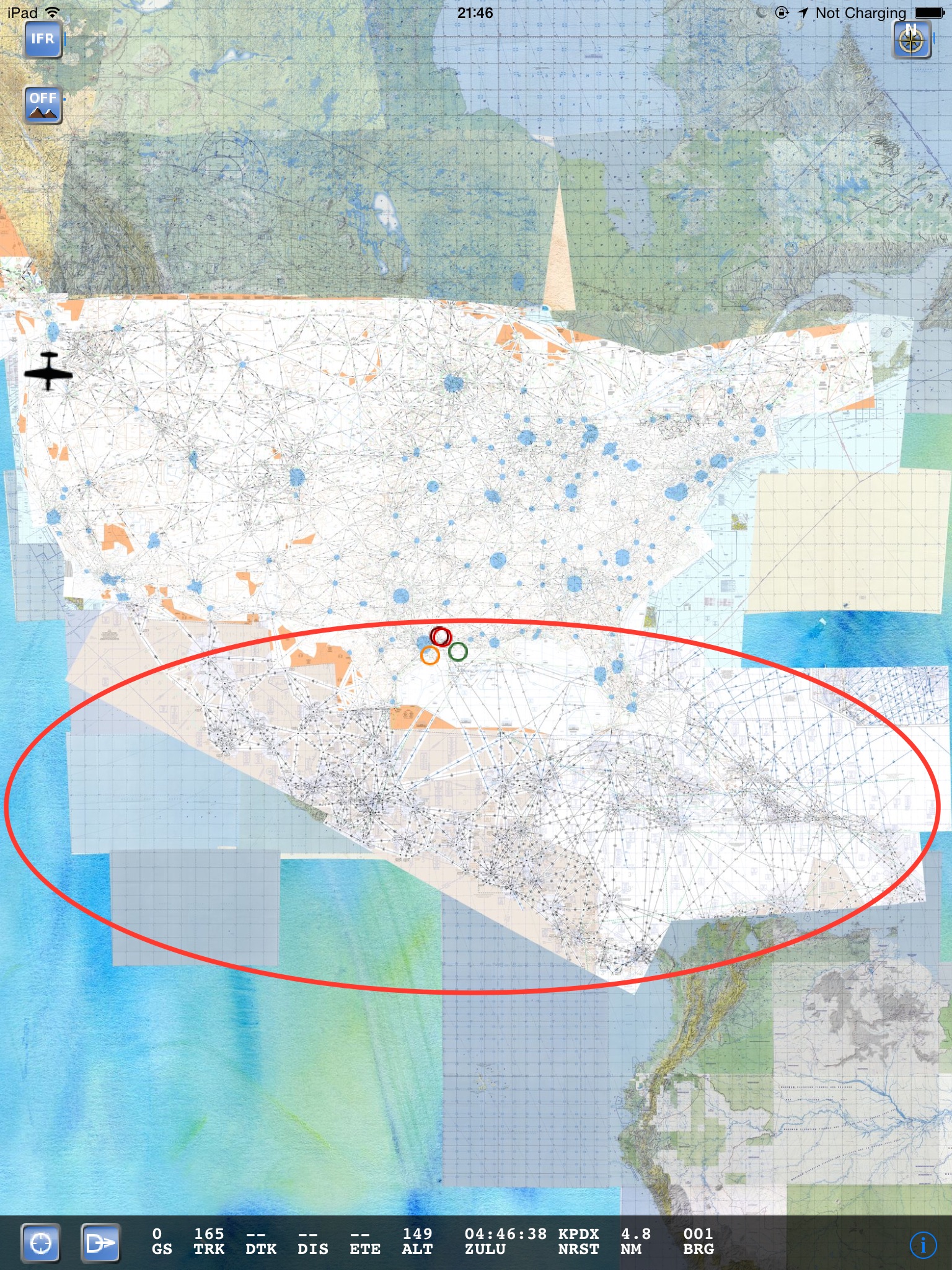 You also get world-wide METAR&TAF.

For this cycle, if you want to download the world maps, please select the Pacific region.

This will change once a new version of the app has been released, but for now if you want the data you’re looking at a hefty 3.2GB download.

If you double tap on the map, if not in USA you get some basic information about that airport. 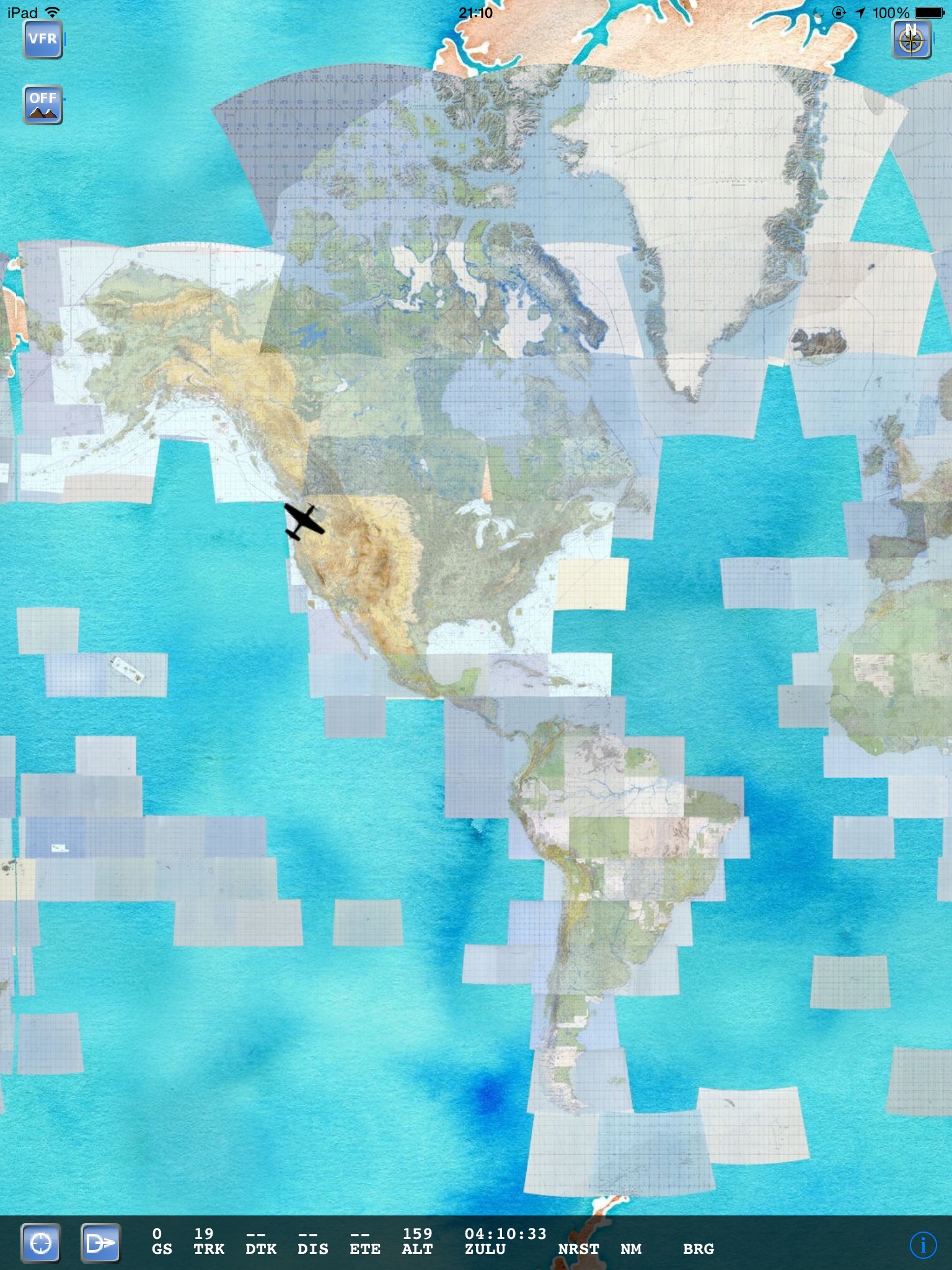 Canada and Mexico are the first to go, but will be adding more charts as time goes by.

For Canadian users, as an added bonus you can now also double tap to bring up the monster Canadian Airport Chart pdf file.
(Update 4/9/15: Until cleared by NavCanada you have to download the file yourself using this link).

Since ALL airports are in the same file you can of course scroll down to the page you want, but you can also tap on the ‘action’ button to open in another application to bookmark and search the big pdf.
Going forward I’ll try to split and index the file in a similar manner as the US airport data.

Next release is April 30.

Yes, the gap in the ONC coverage is normal, there just seem to be a lack of overlap between the charts.

To download Canada and Mexico, simply select the region to north or south of you. Look for ONC_X_X name in the region. This may change once a new version of the app has been released.

NOTE: ONC charts are NOT FOR NAVIGATIONAL USE